Hello Porsche lovers, as we know Porsche is one of the known premium car modes right?. To be more precise almost everyone’s dream is owning one of the Porsche models even I too want to own one its one of my dreams.

Let’s get back now to our main topic which is why the new Porsche 911 is said to be way more powerful. First of all the new Porsche 911 has kept its shape since it was born which to me its iconic. But when it comes to Porsche new 911 turbo s it’s not all about its design a step up from its predecessor.

All about the power now, this model got a increase from 580 horses to 640hp and from 750nm all the way to 800 HP. Despite having a 3.8 litre engine Porsche decided to have an increase to make drivers feel way better and different. 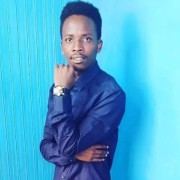 A young Designer, ambitious car freak showing the world his love for cars

Bentayga range would expand with its upcoming facelift.

Why you should never forget to check car reviews

Powerful Off-Road Vehicles to buy in 2020

Why a lot of people prefer Toyota cars