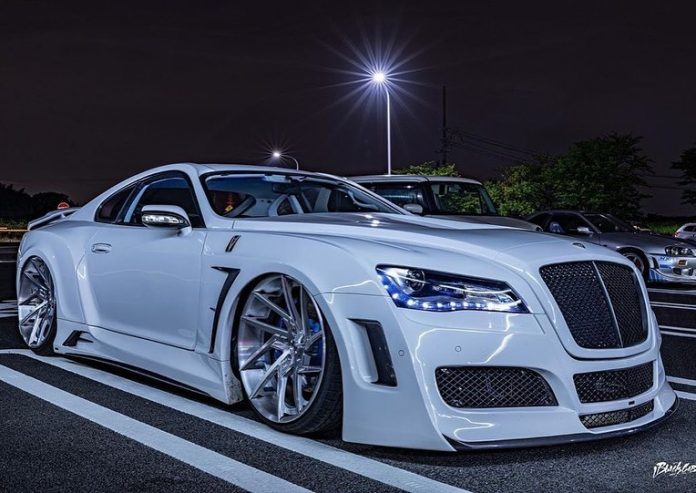 Surprisingly, its not the new bmw powered Toyota supra. it’s the legendary A80/MK4 model tuned by the popular Japanese tuner veilside who we all know from the stunning Mazda rx7 from Tokyo drift.

Talking about this veilside project, we can tell it’s more of coach building. But surprisingly under the hood we also find a well modified engine that powers out a smashing 680 horses.

Apparently, when you look at this car styling, many would confuse it with a Bentley Continental GT because right from the grille it resembles it.

Shockingly, when it comes to the headlights it resembles those used by the Chrysler 300. Doors of this masterpiece resemble those in a Rolls-Royce Wraith.

This Toyota supra resembles a lot of car models and for real the tuner has replaced almost every part of the car right from the bumpers, the fenders, the trunk, and even the doors. All this has also transpired to this Toyota supra having a longer nose than the one in the normal supra.

What do you think about this veilside diamond Toyota supra with the looks of a Bentley? Share your thoughts with us.