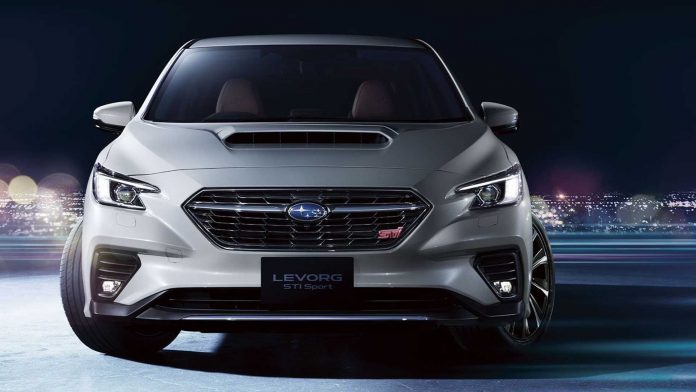 It was not long since Subaru gave us the taste of the new Subaru levorg wagon look. Surprisingly, we finally get to see the production version of it, which looks identical to the regular and also the Subaru STI sport concepts. But is this a hint of how the next Subaru WRX style would look like?.

Apparently, from the looks, we can tell that the new levorg wagon is the old version facelift and also the WRX. whats Shocking is that it retains the big hood style which can be made better looking with a rear spoiler, diffusers and side skirts in particular.

The interior also gives us the first look that we expect to see in the next WRX. The levorg has a cool screen for its instrumental panel which we hope it will be in the future WRX. The whole cockpit is very similar to the ones in the bigger Subaru models. But in this, you will find a shorter dashboard and thinner air vents.

Under the hood of the levorg you will find a 1.8 litre flat-four turbocharged engine named CB18. This engine is purely new, it isn’t shared in any other current Subaru and also won’t be used in the next WRX. This engine powers 175 horses and 221pound feet of torque.

Both the WRX and STI are likely to be similar to the new Subaru levorg wagon But there is a big possibility of body tweaks making the WRX more aggressive, where probably Subaru might adopt the sedan shape than the wagon in the next Subaru WRX.

Things you need to know about the Madagascar special

But does this confirm when the next episode will be?