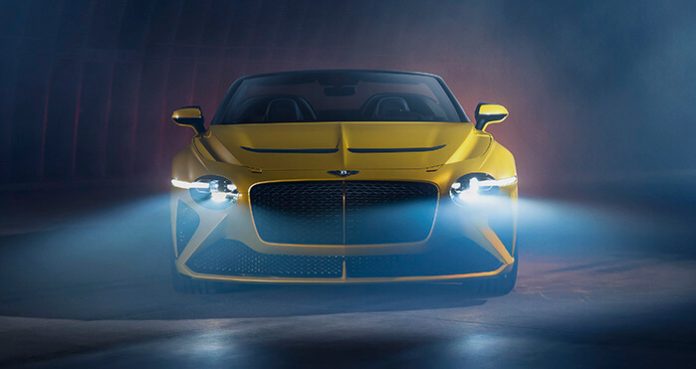 Recently we all saw Bentley introduce this beautiful designed Bentley model that looks like the Bentley Continental GT Convertible, the Bacalar’s design is inspired by the EXP 100 GT concept, when we look at the interior it looks more luxurious right? talking about the power of this masterpiece Pit is produced by a 6.0-liter twin-turbo W12 engine that produces 650 horses

Production of the Bentley Bacalar is limited to just 12 examples, but none of them are for sale because they have already been allocated to Bentley’s wealthy customers. At the time, pricing details were kept under wraps, but the Bacalar’s exclusivity and exquisite detailing mean it was never going to be cheap.

However, according to Automotive News Europe, the Bentley Mulliner Bacalar costs an eye-watering £1.5 million – that’s around $1.9 million. That’s an extortionate amount of money, but Bentley believes this is justified. “The real value, we believe, is in rarity and excellence in materials, sustainability in materials and excellence in craftsmanship,” Bentley CEO Adrian Hallmark said.

Other bespoke luxury models built by Mulliner in the past include the R-Type Continental from the 1950s and the State Limousine for Queen Elizabeth II’s Golden Jubilee in 2002. “Since that time, 20 years ago, the world has moved on,” Hallmark explained, adding that cars costing around $130,000 were considered a rarity back then. “Now there’s lots of cars for a lot more money than 100,000 pounds,” he continued. “And despite the fact we’ve got a 460-year-old coachbuilding brand, and heritage that’s as good as anybody in coachbuilding, we don’t have any cars in that category.”

Looking ahead, the Bacalar is the first of several new bespoke models the Mulliner coachbuilding division plans to build. According to Hallmark, Mulliner will build “one collectible per year” and could expand into different segments. Judging from the Bacalar, you’ll need to have very deep pockets to afford them.

With the Bentayga SUV accounting for 45 percent of Bentley’s sales, Mulliner’s bespoke models aren’t designed to increase Bentley’s sales volumes but instead create an ultra-luxury halo brand. “In the context of the total company, it’s not the thing that we’re going to live off, let’s be clear,” said Chris Craft, Bentley’s board member for sales, marketing and aftersales. “But in doing it, we want to be able to make some money out of it as well.”

Why the Ford ranger wildtrak is the dual-cab you need

learning to drive a manual car makes you a better driver

Why you should never forget to check car reviews